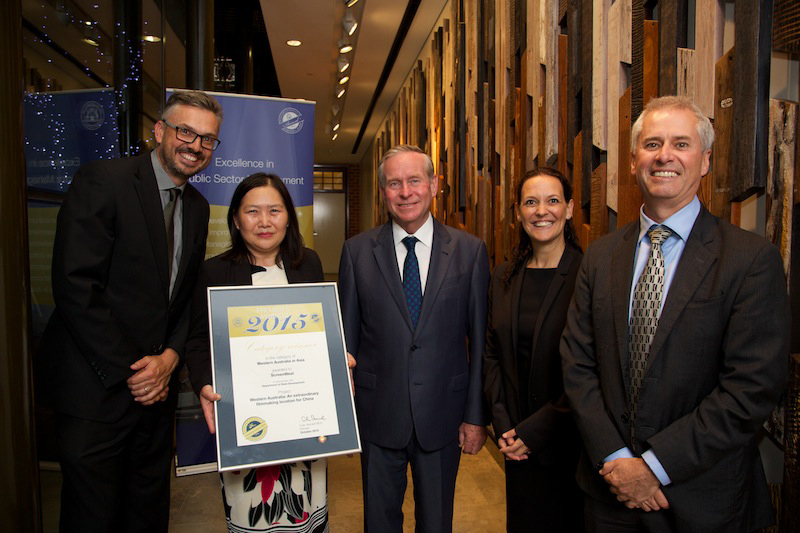 ScreenWest, in partnership with the Department of State Development, has won the 2015 Premier’s Award for Public Sector Excellence in the Western Australia in Asia category.

“We’ve had some great outcomes from our work in this screen sector – numerous business delegations have been undertaken in both countries, business partnerships have been formalised and films made.”

ScreenWest Chief Executive Ian Booth and DSD’s Stuart Crockett, Director of International Trade and Investment, with Ngor Tan, the Manager for China, were presented with the award by Premier Colin Barnett on Wednesday, 28 October 2015.

This is the third Premier’s Award category win for ScreenWest, following on from success in 2013 (Developing the economy:ScreenWest 3 to 1 Crowdfunding Initiative) and 2011 (Improving Indigenous Outcomes: Indigenous Screen Strategy).

The Premier’s Awards recognise and celebrate achievements by those involved in the delivery of public services.