The series, based on the award-winning novel by Holden Sheppard, has received $20,000 in development funding.

Screenwest and Stan are pleased to announce the 10 x 30 minute scripted series Invisible Boys as the successful recipient of their joint development initiative, designed to foster local talent and spark the development of new series in WA.

The LGBTQIA+ series is produced by Tania Chambers of Feisty Dame Productions (How to Please a Woman, A Few Less Men, Kill Me Three Times) and Nicholas Verso (Boys in the Trees, The Unlisted, Nowhere Boys, Grace Beside Me and creator of the upcoming series, Crazy Fun Park) who previously collaborated on the first series of the ABC ME series, Itch. Verso will also write and direct.

Based on Sheppard’s Young Adult debut novel of the same name, the series follows Charlie, a teen punk rocker living in the remote coastal town of Geraldton, Western Australia – a world where homosexuality is invisible, and so is he. But when a one-off encounter with a married man is exposed on social media, Charlie is outed and suddenly everyone in his conservative town knows his secret. And then Charlie discovers he’s not alone.

Raw and confronting, Invisible Boys tackles homosexuality, masculinity and rage with a nuanced and unique perspective. The novel was awarded the 2019 WA Premier’s Prize for an Emerging Writer, the 2019 Kathleen Mitchell Award and the 2018 City of Fremantle TAG Hungerford Award. After being optioned for the screen, the project received initial development support from Screen Australia and Screenwest in 2020.

“We want this series to be a bold and controversial work, one that speaks to audiences now, in a world where it is still not safe in many places to be a queer teenager. Each of us explores and tries to find our tribe, seeking to be respected and to live without shame, but for many this is not easy.  The struggles that can be felt around emerging sexuality are important to come out of the shadows and the special connections we make deserve to be celebrated. We intend the Invisible Boys series to do this.” said Tania Chambers, Producer.

“There’s never been a better time for LGBTQIA+ stories on screen internationally with inspiring series such as It’s a Sin, Skam, Pose and Love, Victor. I’m thrilled to be collaborating with such a unique, talented team on what I hope will be a visceral and stirring part of Australia’s chapter and I couldn’t think of a better home for this show than Stan,” said Nicholas Verso, Producer/Writer/Director.

As part of the Screenwest and Stan initiative, practitioners attended an online briefing session with Stan Head of Scripted Amanda Duthie, to learn what sparks the platform’s attention when being pitched new concepts. After submitting a pitch document, over half a dozen shortlisted teams progressed to one-on-one meetings with Duthie and Invisible Boys was selected by an expert panel.

“The response to this year’s Stan and Screenwest Development Initiative has been overwhelmingly positive, with an outstanding line-up of West Australian projects submitted for funding. Based on Holden Sheppard’s acclaimed novel, Invisible Boys promises to be a unique and challenging drama and we look forward to seeing the outcomes this remarkable creative team will bring to the project.” said Cailah Scobie, Stan Chief Content Officer.

“It’s been fantastic to see our local practitioners pitch such high-quality ideas to Stan, who have commissioned some of the most impressive Australian scripted series in recent years. Invisible Boys is a compelling and energetic WA story with a strong creative team behind it – it’s incredibly exciting to see the project move forward through this initiative.” said Barbara Connell, Screenwest Drama Development Manager.

Stan is Australia’s leading local SVOD platform and has commissioned a number of Australian original productions, including the critically-acclaimed feature film, NITRAM, which recently won the CinefestOZ 2021 $100,000 Film Prize. 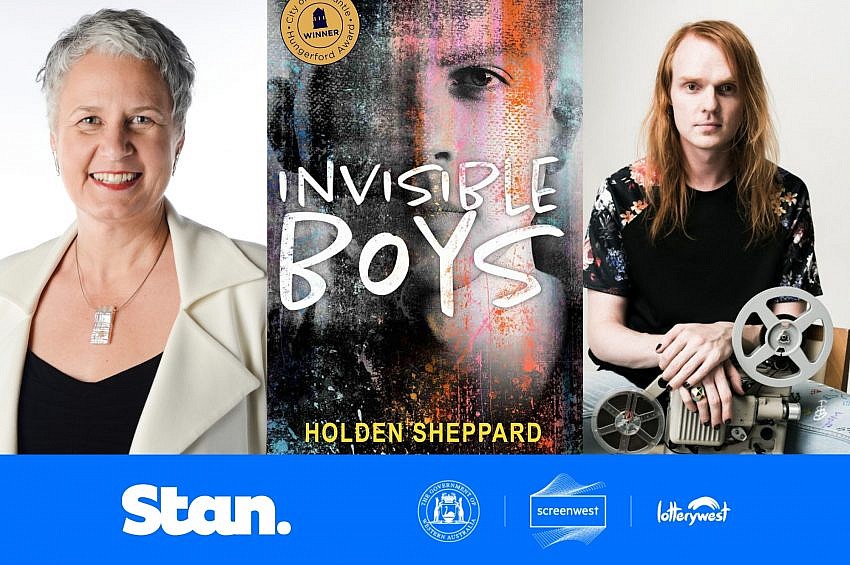