After welcoming multiple productions including H is for Happiness, Breath, Rams, Lockie Leonard and two seasons of Itch, the city of Albany has streamlined its filming processes and appointed a Film Liaison Officer to create awareness, attract productions to the region and provide producers with a seamless experience across all stages of production.

Picturesque & diverse locations that are really unique within town & an easy drive away
We were delighted to return to Albany as our fictional Seaburgh for ITCH Series 2 with our West Australian crew.  This picturesque country town has the beaches, stunning natural vistas, coastlines and Australian bush landscapes to depict our environmental storyline and provide dramatic backdrops.

Access to support services & supplies, Albany’s local businesses have everything!
We needed a town big enough to have a school and infrastructure, but small enough to be the type of town where the community knows each other.  Albany provided the diversity of landscapes required to bring this story to life.  Coupled with the fact that Albany was just 5 hours south of Perth, production were thrilled to shoot in such a film friendly town.

Support from the Great Southern Development Commission & the City of Albany, we even filmed in their offices!
As partners in the Western Australian Screen Fund (WASF) the Great Southern Development Commission understand the economic and cultural values of attracting productions to the region. They’ve supported projects such as Breath, Rams, H is for Happiness and more. Now officially Film Friendly the City of Albany has a dedicated Film Liaison Officer to assist with productions.

The locals – everyone is warm, helpful and understand the interruptions
Bringing the circus to town can be both exciting and daunting for the community. Albany welcomed our crew with open arms and helped out wherever possible.

Fantastic coffee at Gourmandise & Co and lots of beautiful beaches to enjoy – Two Peoples Bay
Productions function off good coffee (and food!). Albany has so many wonderful spots to fill up or unwind. It doesn’t have to be all about work either, Albany or the Great Southern have plenty of beautiful beaches to enjoy!  Only 35km (21 miles) east of Albany, Two Peoples Bay is a true highlight.

Albany Mayor, Dennis Wellington said being officially part of the Screenwest program builds on the great work that has already been done in this space across the region. “We have seen what Albany can offer producers through the likes of the ‘H is for Happiness’ movie and children’s television show, ITCH. Albany has so many picturesque locations that all offer something unique. We want to make sure filmmakers get the most out of their time here by offering local knowledge as well as concise and transparent service.”

ITCH Series 2 premiered on ABC ME on 17 September 2021 and is currently streaming in Australia on ABC iview. 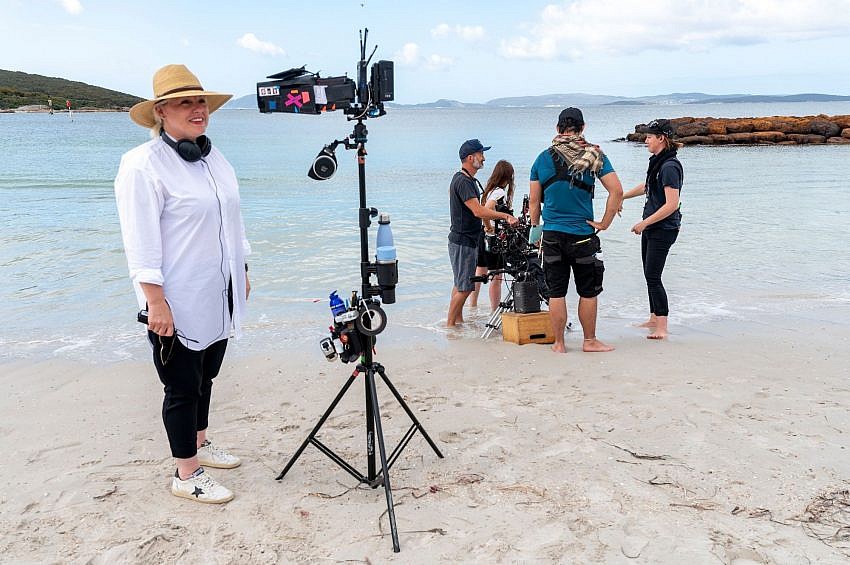