Skip to main content
Home • About Us • Staff • Joshua Gilbert 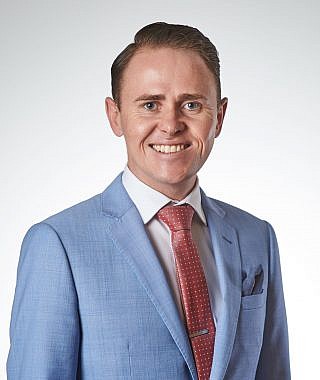 As Senior Executive Assistant, Joshua provides direct support to the CEO and Head of Corporate Services. Joshua has an ongoing role in supporting Board and Board Committees and providing office and Finance support to staff. Josh has worked in the WA film and television industry for the last eight years. After graduating with Bachelor of Business and a Masters of Professional Communications from the WA Screen Academy in 2012 where he was recipient of the schools Outstanding Achievement in Producing Award he contributed to the production of documentaries for SBS, Nine Network, Discovery, PBS, as well as filling production roles on programs for broadcasters such as National Geographic and Channel 7. As a producer his recent projects include the short form comedy series SINGLE LADIES (85,000+ views on Hyvio) and the short films WE WERE HERE and ABSTAIN. Josh produced the 44-part multi-platform documentary series NYOONGAR FOOTY MAGIC: A TEAM OF CHAMPIONS for the AFL, NITV and Madman. He previously worked at Screenwest in 2014 where he provided support to and administered the Drama and Documentary Production Investment Funds.