Home • About Us • Staff • Devina McPherson 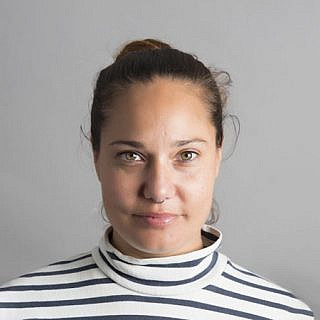 Devina McPherson is a descendant of Yamatji and Noongar, from the Murchison, Gascoyne and the southwest Boojarah and Gnaala Karla Booja country of Western Australia.

Her previous experience includes seven years at the Film and Television Institute as a Producer and Production Manager, where Devina brought Indigenous Western Australian stories to the screen through the archival and factual program Indigenous Community Stories.

Devina has also previously worked on the Deadly Yarns series for the ABC, and on Bran Nue Dae, Straight Shootin and various other short films. Prior to that