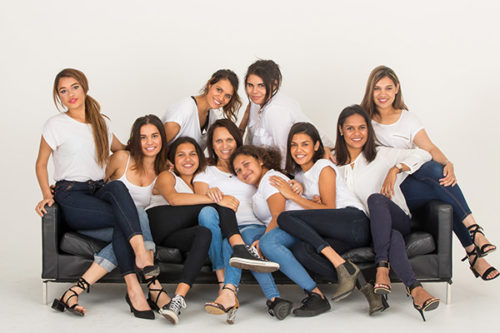 Documentary series Family Rules will return for a second season in 2018, with filming commencing this October.

In season two the lives of mother, Daniella and the younger and middle Rule sisters, Hannah, Jessica, Aleisha, Sharna, Kelly and Kiara are the focus, while elder sister Shenika is the foil to their endless exploits.

NITV’s Channel Manager, Tanya Orman said: “We are so excited to welcome Family Rules back to NITV and to catch up on the sister’s lives as they navigate their way through adolescence and adulthood. The program showcases contemporary Indigenous family life and lets our audience feel part of the family through this personal observational documentary series.”

Senior Manager of Documentary at Screen Australia Liz Stevens, said: “Season one of Family Rules provided insight to an incredibly strong family unit with no less than nine ambitious, passionate and highly relatable young Indigenous women who challenged stereotypes and charmed audiences. We are delighted to see the return of this all-female creative led team, and support NITV for another season as they continue to expand their content offering with this contemporary documentary series.”

Chief Executive Officer of Screenwest, Ian Booth said: “A second season of Family Rules will not only continue to bring an entertaining and inspiring Western Australian story of strong, independent Indigenous women to a national audience, but also continue to provide value professional experience to our screen industry practitioners.

“A returnable series allows a creative team to grow from strength to strength and I congratulate Karla Hart, Metamorflix and all involved in the production.”

Family Rules will feature six half hour episodes and will air on NITV in late 2018.